What did Stephen Covey say about Leadership? (Part II) 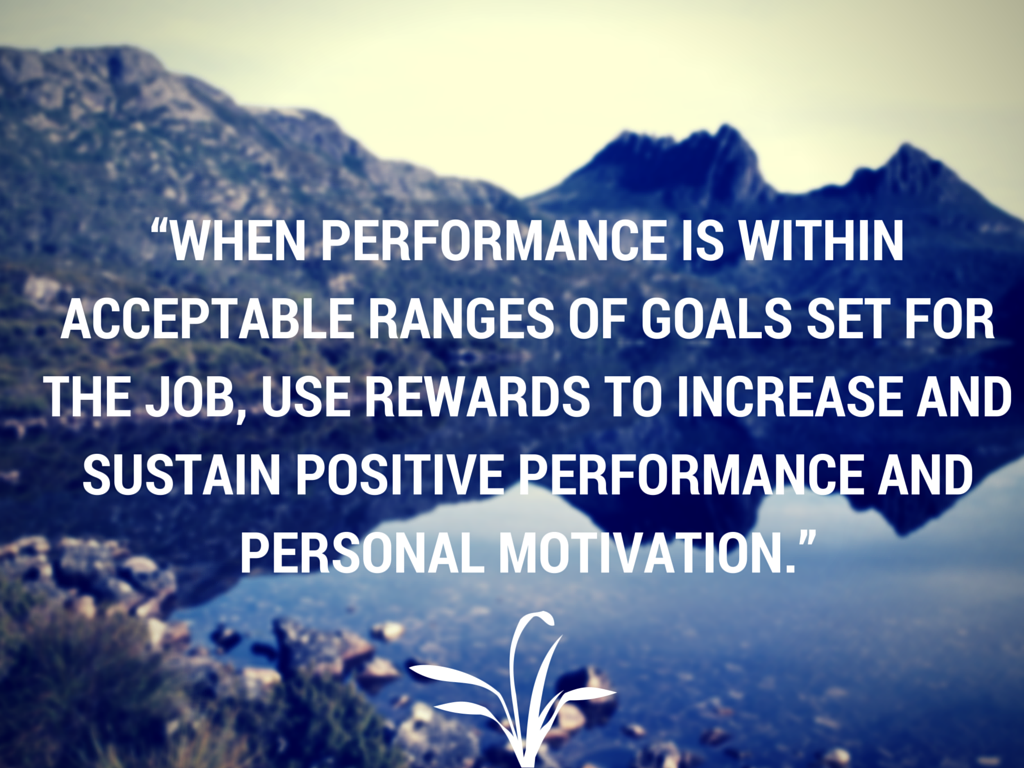 You will remember our discussion from Part I of this article about the importance of creating a win-win situation in the workplace where the employees feel greatly valued and respected. Stephen Covey greatly emphasized “Win-Win” in his Habit #4 of The 7 Habits of Highly Effective People.

In Part I we presented the fact that most people are NOT motivated by money.

In this Part II, I present a chart with three categories of ways to recognize people:

MONEY – OPPORTUNITY – RECOGNITION. The chart is invaluable as it has 50+ ways to inspire/motivate your people to make them feel like winners.

The least expensive rewards fall under the “Opportunity” section. These rewards provide the individual with an opportunity to grow. They recognize him/her for a job well done by trusting him/her to take on more responsibility and more authority.

Survey after survey of a broad range of employees, show us that rewards which are intangible and those which show sincere thought and consideration have a much longer-lasting effect.

Learning how to build a solid recognition program is an important part of leadership skills training.  CLI believes so much in the importance of a recognition program that we feel it should have prominence in every leader’s Employee Strategic Plan initiatives. Once it has been built, the leader has the responsibility to ensure the program is delivered.

We also feel so strongly about it that a good chunk of time is spent on the topic in our Executive and Business Coach Training Program. Once again, this invaluable information is rarely taught in MBA school.

In setting up your reward program, begin by setting performance goals. Then choose the rewards that are best suited to the goal.

“When performance is within acceptable ranges of goals set for the job, use rewards to increase and sustain positive performance and personal motivation.”
[Tweet this]

Betska, The Guru Coach™
Sign up for CLI QuickTips™ and Blog Updates at:
Coaching and Leadership International Inc

What did Stephen Covey say about Leadership? (Part I)

One day one of my Executive Coaching Clients called up for his usual coaching session. When asked what he wanted to work on he almost whispered, “Betska, today I want to work on becoming more charming.”  One might have thought that he was kidding, but Carl was very serious. You see, ‘Carl’ had observed that the Leaders above him exuded a great deal of ‘charm’ and had the employees in rapt attention to the meeting’s topic. Carl wanted to know how to weave that kind of magic himself! In 90 minutes we developed a doable and exciting recognition program for his people as a way to demonstrate his charm.  His people were blown away by the change in his leadership style.  They suddenly saw a part of their Leader they had never seen before – a Leader who showed that he really cared for his people and valued them.

Stephen Covey, in 1996, was listed among Time’s 25 Most Influential Americans. More than 20 million copies of his book The 7 Habits of Highly Effective People have been sold and it was named one of the most influential management books by several organizations, including Time and Forbes magazines. The audio book is the best-selling nonfiction audio in history.

So what did Stephen Covey say about Leadership?  Lots of things, to be sure!

Habit #4 is particularly interesting as it relates to a Leader’s interactions with their people. 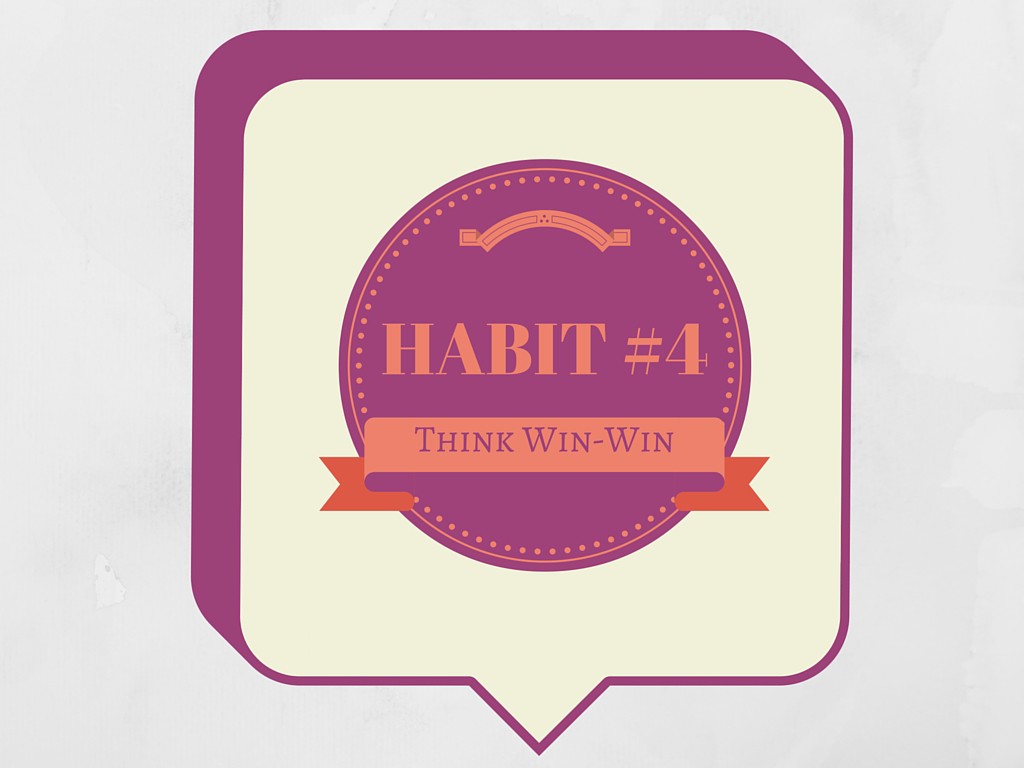 Look for solutions that are beneficial to everyone involved. According to Covey, “This is a frame of mind and heart that constantly seeks mutual benefit in all human interactions. Win-win means agreements are mutually beneficial, mutually satisfying… Most people think in terms of dichotomies: strong or weak, hardball or softball, win or lose. But that kind of thinking is fundamentally flawed.”

How to Create ‘Win-Win’ a la Covey

Today, we look for both men and women who are hard-working, creative and who go that extra mile. These are the people who get things done, who make decisions and who come up with brilliant ideas. Then, there are employees who simply put in an 8 hour day, who follow their job description to the “T” and then go home. Flashes of creative genius are few and far between. Which type of employee is the most valuable to your organization? The answer is that they are both valuable. The dynamos are required to bring continual effervescence and action to your organization. The steady workers will keep the machinery running smoothly.

Therefore, let’s discuss two ways to create “Win-Win”.  One is through hinging compensation to company performance and the second is through recognizing and praising our people.

In a Forbes magazine article 2015, we read that people are, in fact, not motivated by money. They are motivated by a few simple desires as uncovered by social psychologist David MacClelland. Money most certainly can be a sub-motivating factor, however it all boils down to these 3 factors as the dominant desires:  achievement, affiliation and power.  For those who ARE motivated by money, hinging compensation to company performance can be important.  Here are 9 big benefits:

1. Changes the corporate culture – everyone feels important to the company’s success;
2. Focuses employee effort on specific behavioural and business goals;
3. Effects innovation;
4. Inspires a feeling of ownership by each employee-they think and act like owners rather than hirelings who simply put in time;
5. Builds teamwork – everyone helps each other to do a better job;
6. Enhances communication between employees;
7. Encourages everyone to be responsible for sales and profits;
8. Employees pull together spiritually during tough times to ride out the storm;
9. Builds loyalty to the organization.

For employees motivated by achievement, affiliation and power, recognition can go a long way to creating loyal employees.

Before we can build an effective team, everyone must feel equally important to the organization and therefore we must ensure that we reward the right behaviours. It’s also important to be consistent with how we reward our people as taught by Michael LeBoeuf, author of the Greatest Management Principle in the World. LeBoeuf’s book may be older now but nothing has changed around recognition. He said,

“The things that get rewarded get done.”
[Tweet this]

There are numerous ways to reward good behaviour. At CLI’s Executive and Business Coach Training School, Executive Coaches learn how to mentor their Executive Clients on the subject of motivation through recognition. After all, inspiring and motivating staff is not often a subject well taught at our business schools; therefore, Executives are craving this knowledge, just as we have already noted with Carl.

In Part II of this article (coming shortly!) we will present a chart with three categories of ways to recognize people:  MONEY – OPPORTUNITY – RECOGNITION. This chart will contain 50 ways to recognize and praise your people, build loyalty and have some fun.  Watch for it!

Betska, The Guru Coach™
Sign up for CLI QuickTips™ and Blog Updates at:
Coaching and Leadership International Inc